Google featured snippets are not a new thing to talk about. Although Google has been testing it for a while now, only a few people have managed to get their websites into the box.

This is the exact reason why I am writing this article today. I want to share my experience on how I managed to get my website ranked in the featured snippet box (The Answer Box) in less than 48 hours.

For those that don’t know, a featured snippet is a short summary of an article that appears at the top of the SERP (search engine results page) when someone asks a question. It’s different from the standard search result because it’s meant to answer your question directly and prominently, without you needing to click on anything.

Why do I care?

Featured snippets can drive up loads of traffic to your website. They’re essentially free-traffic, because it’s much easier for you to rank for a featured snippet than it is for the first position on Google.

Google extracts the text from your website and analyzes it, so keep your info brief and clear. If you write a long paragraph about an issue, Google might choose an irrelevant sentence for its snippet box

The idea of writing this article was born after seeing a post from Brian Dean from Backlinko on Facebook. I was really impressed by how he managed to rank his website in Google Featured Snippet without having any backlinks or social shares. So, I decided to use his method in my own way and see if I could get any results.

As soon as I read the post, there was one question in my mind: “What if I can do it myself?”

I had no time and budget to build backlinks and social signals, so I decided to take the risk and try Brian’s method using only two tools: Long Tail Pro and Serpstat.

It took me 2 days from starting my research to getting my website ranked in Google’s featured snippet box.

So here’s what you need

Have you ever searched for something on Google and gotten a quick answer at the top of the page? That’s Google’s Featured Snippet in action.

While there are a lot of different things that can show up in the snippet, we’ll be focusing on how to get your own blog posts to appear in this coveted position.

(And yes, it is coveted — according to Ahrefs, just 0.3% of search results have a featured snippet.)

Well-written posts and good Digital Marketing Services are key to getting into the Featured Snippet. But we’ve also discovered one more thing that will help increase your chances of being selected: answer the searcher’s question in your content.

Here are the steps our team took to rank for “how to write a blog post” in less than 48 hours (and how you can do it, too)

Google Featured Snippets have shown up in SERPs for years, but they’re becoming more prominent and more relevant.

Example for a Google Featured Snippets

Below is an example of a featured snippet that appears when you search “How to make slime.” The content is drawn from the page listed below it.

As you can see, the snippet includes not only text but also an image, which makes it stand out. This is one reason why these appear above organic results — they’re visually striking. That’s not all, though: A featured snippet has about a 29 percent click-through rate (CTR), according to a study by Ahrefs.

A featured snippet is a great place to be in Google. Why?

It’s not just another organic search result — it’s a showcase for your product or service. It’s also what we call above the fold, meaning it appears on your screen without having to scroll down. It’s also mobile-friendly and always visible.

In fact, because of its potential visibility, it can be one of the most compelling places to be in Google’s results pages — especially those relevant to your business.

I’m going to show you a technique that could get you ranked in Google featured snippets in less than 48 hours.

It’s not a new technique, but it’s definitely underutilized, and it works.

What is the Google featured snippet?

The Google featured snippet is what you see at the top of the search engine results page (SERP) that answers your query right there on the page.

If you’ve ever been sitting at your desk and Googled something like “How to write a blog post” or “How to make money online,” there’s a good chance you’ll run into the snippet that I’m talking about. It’s the answer box that appears in the very top of the search results page, showing a short summary of the best result on the topic.

Google calls this a featured snippet, and it’s one of the most valuable pieces of real estate on the entire internet. You can see an example below:

But while they seem relatively simple, they’re actually one of the hardest rankings to get in all of SEO (search engine optimization). For starters, most queries don’t even have featured snippets at all — only about 10-15% of keywords have them. Even fewer will have them for long periods of time, as Google constantly changes which results are displayed in featured snippets for any given search term.

Here is an example:

As you can see, it’s not only an answer to my question, but it also has the entire paragraph and even a video from YouTube.

How does a featured snippet look on mobile?

Featured snippets are more popular on mobile, so let’s see how they look on smartphones.

As you can see in the image above, the featured snippet is displayed at the top of the SERP, above all other organic results.

What is even more interesting is that Google might show two different types of featured snippets for one query: paragraph and list/table format.

Despite the benefits of appearing in Google’s featured snippets, there are some drawbacks as well. If your site does show up in a featured snippet, there’s a chance that it will be listed twice in the SERP — once at the top and once as a regular result at its true ranking position. According to The Content Marketing Services, this is known as “zero position zero.” While it might not seem like much of a problem, hearing from someone who actually experienced this assures us that it can have an impact on traffic numbers.The main benefit of ranking in a featured snippet is that it can send you a ton of traffic without requiring any paid advertising. If you’re one of the few websites shown in an answer box, you’re likely to get thousands of new visitors per month. 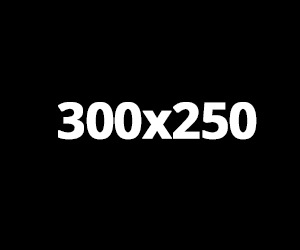